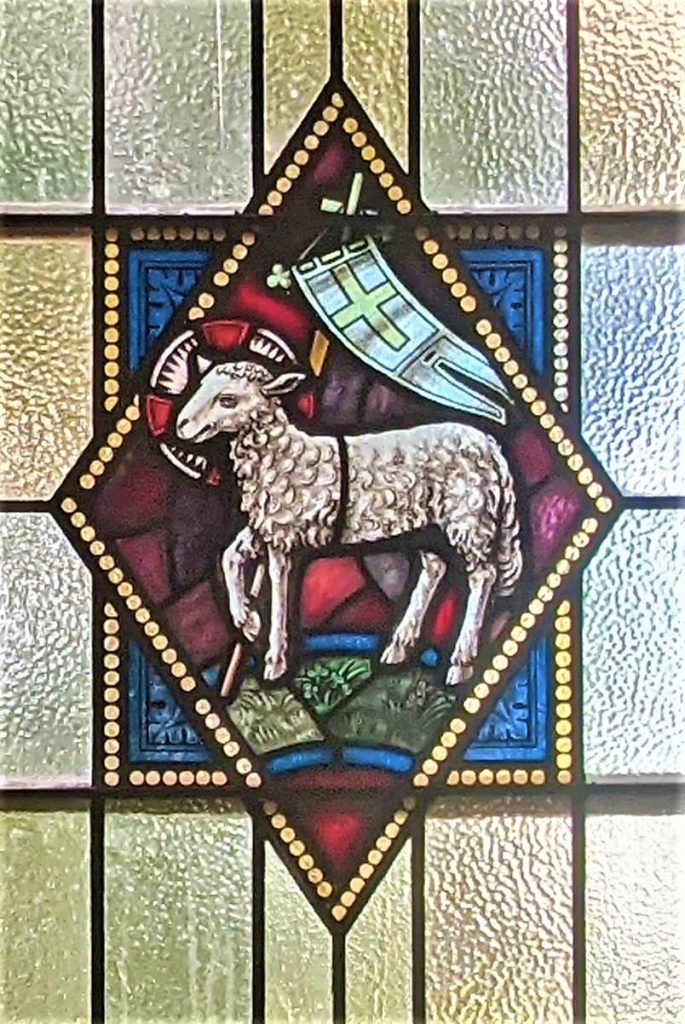 Instituted by Jesus himself on the night before He died, the Eucharist is considered the source of summit of Christian life. It is in the Eucharist that we truly and substantially encounter Jesus this day. The reception of this Sacrament completes Christian initiation.

“in order to perpetuate the sacrifice of the cross throughout the ages until he should come again, and so to entrust to his beloved Spouse, the Church, a memorial of his death and resurrection: a sacrament of love, a sign of unity, a bond of charity, a Paschal banquet ‘in which Christ is consumed, the mind is filled with grace, and a pledge of future glory is given to us.”

It is in the Eucharist that we truly receive and are united with our Lord Jesus.

“The Lord, having loved those who were his own, loved them to the end. Knowing that the hour had come to leave this world and return to the Father, in the course of a meal he washed their feet and gave them the commandment of love. In order to leave them a pledge of this love, in order never to depart from his own and to make them sharers in his Passover, he instituted the Eucharist as the memorial of his death and Resurrection, and commanded his apostles to celebrate it until his return; “thereby he constituted them priests of the New Testament.”

What is the Mass?

In addition, the Mass is not merely the preparatory ceremony, which makes the Eucharist present to us; rather, the Mass is also:

Remember – at every Mass it is Jesus himself, offering himself, for our sins to God the Father. Each Mass is not a new sacrifice in which Jesus dies anew; rather, it is the actual participation in the once and for all sacrifice of Jesus on Calvary.

The Mass is not meant to be for our entertainment; rather, every Eucharist should be considered a thanksgiving and praise to the Father; the sacrificial memorial of Christ and his Body; and the presence of Christ by the power of his word and of his Spirit

At every Mass we are called to give glory and honour to God the Father with our fellow brothers and sisters in faith through Christ the eternal high priest in the Holy Spirit. This is why we are called to actively participate during Mass, in singing, responding, listening and praying.

So what are the individual parts of the Mass:

So what happens during the Mass at the words of consecration?

At the words of consecration, by a validly ordained bishop or priest and the invocation of the Holy Spirit, the bread and wine truly become the Body, Blood Soul and Divinity of Jesus. So while the appearance and the accents of bread and wine remain (e.g. its taste, appearance), its substance (what it truly is) truly changes into Jesus’ himself. This is what is known as Transubstantiation.

After consecration, Christ is present whole and entire in each of the species and their parts, in such a way that the breaking of the bread does not divide Christ. So if you were to only receive the Eucharist and not the Precious Blood or even just half a Eucharist at Mass you would still be receiving the whole Christ.

The presence of Christ endures as long as what appears to be bread and wine stays recognizable as such and does not become uncorrupted. The remaining Hosts that are not consumed at Mass are stored in a place of storage known as a Tabernacle.

Because Jesus is truly present when in the Tabernacle, the faithful should always make an act of reverence when entering and leaving a church (e.g. genuflect, or bowing if unable to genuflect towards the Tabernacle). A light or candle located next to the Tabernacle, known as the sanctuary lamp, indicates the presence of the Eucharist.

What does the word Mass mean?

The name Mass comes from the Latin words that you hear at the end of Mass, “Ite Missa Est” (Go Forth – meaning to go and live what we celebrate). As such, all of us as Catholics at the end of each Mass are called to go forth into the world and live what it is we just celebrated. Essentially, we are called to go out and preach the Gospel to the whole world – to bring Jesus to our workplaces, schools, communities, marriages etc.

Isn’t the Eucharist hard to understand?

Yes, sadly many people do not fully understand or appreciate what is really happening at every Mass. In fact, as we hear in the John’s Gospel (John 6) that many of Jesus’ disciples left him because this teaching was too hard to accept and understand. The Eucharist is truly a mystery of faith. But in spite of this difficulty, we must adhere and trust in the very words Jesus himself spoke in the Gospels:

If you have trouble understanding the Eucharist, we encourage you to not only read about the Mass, especially the writings of the Church Fathers, but for you to spend some physical time before the Eucharist (especially in Adoration) asking the Lord for help.

What are the fruits of regular communion?

Given its spiritual benefits, the faithful are strongly encouraged to receive the Eucharist frequently. The fruits of regular reception of the Eucharist are many:

Are there any requirements for the reception of the Eucharist?

Yes, the general requirements for reception of the Eucharist are as follows:

While exceptions do exist (e.g. danger of death, in hospital, taking medication, member of an orthodox church) persons should always talk to their priest should they have any questions regarding these rules.

All Catholics are required to receive Holy Communion at least once per year during the Easter Season. Catholics are also encouraged to make regular recourse to the Sacrament of Reconciliation prior to receiving the Eucharist.

Are there other names by which the Eucharist is known?

Yes, there are many names by which we refer to the Eucharist. Such names include:

Should you wish to learn more about the Holy Mass and the Sacrament of the Eucharist we encourage you to read paragraphs 1322 to 1419 of the Catechism of the Catholic Church. Additional resources on the Mass include: The Lambs Supper by Dr. Scott Hahn, Behold the Mystery by Mark Hart, and Mass Appeal by Jimmy Akin.